A revival of feminism 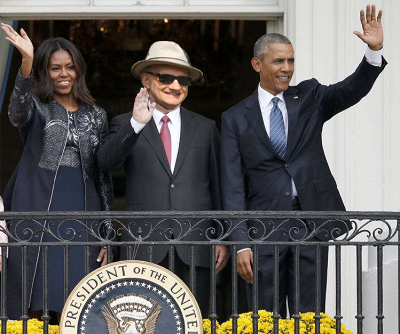 I never told you about it but many people know me in New York City.

For Hillary’s election campaign, Obama was in New York. One of his political adviser asked me to be with him to speak about the attack in Nice. “I don’t speak English fairly well”. “We know it, but your English teacher is P H, right? You will do fine…”

This content is only available to members. If you are a member:

Not a member yet?

I have to thank Pejman for editing the picture. It’s him who do the work. Very funny! I will sent it to my daughters: I told her the same joke but in another context.

As a feminist, I should have known this story as part of the feminism’s history.

This story is mainly known by men in USA, probably.

About the history of the feminism we saw a very interesting exposition in Brooklyn Museum, the “Elizabeth A. Sackler Center for Feminist Art”. The Dinner Party by Judy Chicago is very impressive . An other surprise: a Lennon’s song. We didn’t know “Woman is the Nigger of the World”.