You may have heard the expression just sayin’ (= just saying). Let’s see what it exactly means and how it is used.

Just saying is sometimes used when you are making a criticism or complaint but don’t want to offend the person you are talking to. Here are some examples:

It is also used when you say something which offends someone. So you add just saying to show that you meant no offence and to try and make good with the other person. Here is an example:

Jack: That chick over there has nice tits!
Joe: Hey, that’s my sister you are talking about!
Jack: Just sayin’.
Joe: Okay, okay, it’s cool, but watch your tongue next time.

Unfortunately just saying happens to be the idiot’s favourite expression, too, and is sometimes used to justify or avoid accepting that what you have said is wrong, idiotic, or makes no sense. Here is an example:

Idiot: No way I’m going to Milan! I can’t stand the French.
Friend: Milan is in Italy.
Idiot: Just sayin!

So what should you say when you hear this idiots’ cop-out? The answer won’t be difficult if you remember a previous post on this website. Yes, here is the sure comeback to the idiotic use of I’m Just Sayin’:

Idiot: I’ve always wanted to go to Milan, but I can’t stand the French.
Friend: Milan is in Italy.
Idiot: Just sayin’.
Friend: Yeah, but still.

Congratulations! You now know how to use just saying in a non-idiotic way and how to reply to those who use it in an idiotic way… 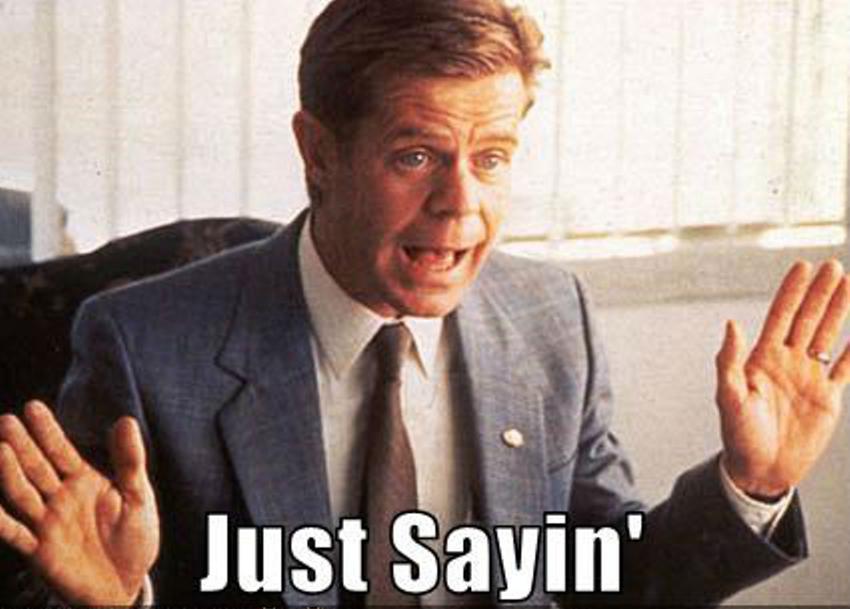 Please take a moment to read our terms of use and policies carefully and accept them before continuing… Thanks!

If you do not accept our Terms of Use, you are unfortunately not allowed to use our sites.