A mousetrap is a small tool for catching and killing mice. It consists of five main pieces: the base or platform, the catch, the spring, the hammer and the holding bar. Of course, to attract mice, you also need some bait which is usually a piece of cheese.

Here is a picture illustrating the different parts of a mousetrap:

And here is a picture of a brave mouse on a “mission impossible”: 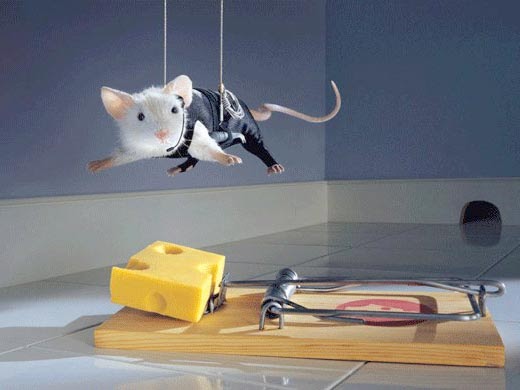 But this post is not about a mousetrap; it is about “The Mousetrap”, a murder mystery play by Agatha Christie.

The play opened in London’s West End in 1952 and has been running continuously since then. It has the longest initial run of any play in history. Its 25,000th performance took place on 18 November 2012. 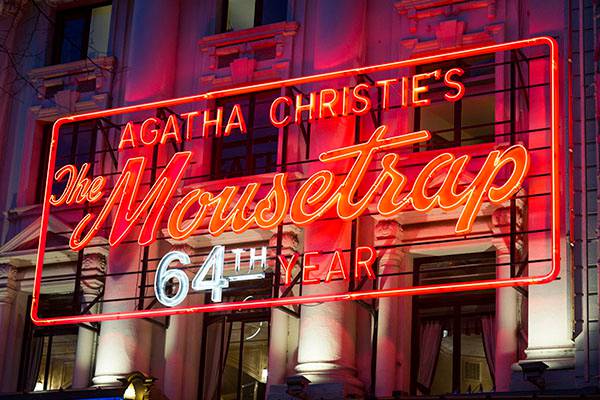 The story is set in the Great Hall of Monkswell Manor, in what Christie described as “the present”. It is about a group of people who have gathered together in a remote part of the countryside and discover that there is a murderer among them. The question, obviously, is which one of them is the murderer. 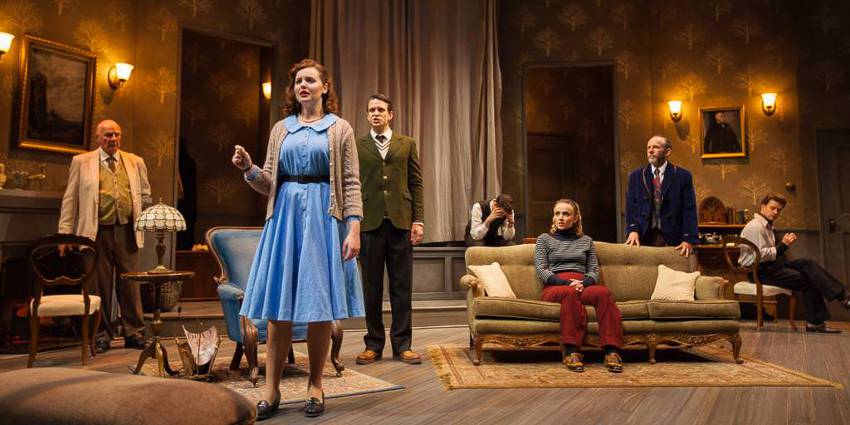 But the play has a twist ending, and the audience are traditionally asked not to reveal the identity of the killer to anyone outside the theatre, so that the end of the play is not spoilt for future audiences.

Want to know more about the mousetrap? Here is a short video:

Are you interested in murder mysteries and detective stories? Who’s your favourite writer? Have you read any Agatha Christie books or watched any films based on her books? Have you seen The Mousetrap? If not, would you like to see it?

Feel free to talk about it in the comments…

We didn’t see this play. But our daughter Florine saw it during a school trip to London in May 2017. She advised us to go and see this play.

When I was a teenager I read “And Then There Were None”. What a terrible story! Then I no longer read Agatha Christie’s novels!

However, I like to read detective stories. At the moment my favorite author is Fred Vargas, a famous French author.

We haven’t already seen this play.

Here is the correct sentence:

We haven’t seen this play yet.

And here is how it works:

We have done it.
We have already done it.

Well, I thought I should say something about this post. When I was a little bit younger (and by that, I mean about 30 years ago) I used to read a lot of novels in paperback. Most of those had lots of conversation in them, like those of John Steinbeck, Somerset Maugham, Arthur Conan Doyle, and of course Agatha Christie. I used to highlight words, phrases and whole sentences when I found them interesting and it would obviously make reading super-slow for me. In my humble opinion, Agatha Christie’s works can help an English learner’s language skills improve tremendously. And… Read more »

I really liked this article. I learned some things like how a mousetrap works. I liked the illustration of the mouse in “Mission Impossible”, it made me laugh a lot. I had already heard about this play, because my grandparents, saw it once. I like the tension and the context of this piece. The video at the end is very well done, and puts us in the mood and explains very well how Agatha Christie wrote and directed this play. Very good article, which made me want to watch it more.

This article is really interesting, especially the video that puts us directly in the mood of the play.
I didn’t go to see it, but my parents did. They told me they thought it was an extraordinary play.
My mother is an Agatha Christie fan, she’s read all these books.
I think The Mousetrap is an iconic play.

This article is really interesting, especially the video that puts us directly in the mood of the play.
I didn’t go to see it, but my parents did. They told me they thought it was an extraordinary play.
My mother is an Agatha Christie fan; she’s read all her books..
I think The Mousetrap is an iconic play.